Does Minoxidil Work for Women? 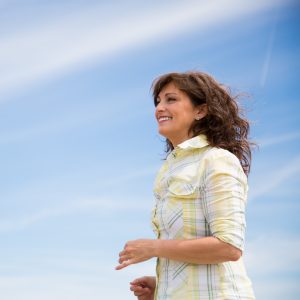 While most patients are unaware of the name minoxidil, it is actually one of the earliest hair loss medications.  Minoxidil is the active ingredient of Rogaine®, one of the most well known hair loss medications, which has been around since 1988.  Rogaine® is actually the brand name of the medication, but the active ingredient, and what actually helps treat hair loss is called minoxidil.  Minoxidil is the only FDA approved topical product for androgenic alopecia.  Over the years Rogaine® has offered their product in both 2% and 5% minoxidil strength, and as both a liquid and foam.  So does minoxidil work for women?

Originally, minoxidil was formulated for the treatment of hypertension, however it was soon realized that minoxidil could help regrow hair.  It is not totally understood how minoxidil treats hair loss, but it is believed that it may allow for increased blood flow and, thus oxygen to the follicles.  However, minoxidil is best for the treatment of androgenic alopecia, also known as, female pattern hair loss.

At Medi Tresse, we recommend a minoxidil product called Formula 82M.  Formula 82M is a specially compounded minoxidil solution that is formulated to be absorbed at a higher rate, while being less greasy and less irritating than other minoxidil products.  We have found that our patients have had a lot of success with Formula 82M, especially when used in conjunction with other treatments like Platelet Rich Plasma (PRP) Therapy or a Low Level Laser Therapy (LLLT) device like a laser cap.

If you think you may want to try a minoxidil product it is best to first speak with a hair loss specialist that can help determine if it may be an appropriate treatment for your type of hair loss.